Arachne Press, Babies, dahliapublishing.co.uk, Hierarchy of the Dead, Tales from the Grave, What the Dickens?, Zimbell House Publishing 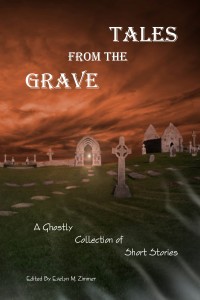 It’s been so long.

I blame it on what my daughter would call baby-brain. With me, of course, it’s more granddad-brain! I have been so besotted with our first grandchild and all the joy which that has brought that I have neglected to write my blog. 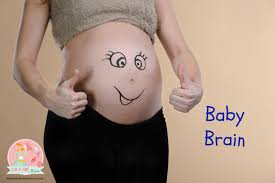 My preoccupation with babies did set me to wondering about babies in fiction though  – and, indeed, I’ll get to that in a subsequent blog (if I don’t come over all foggy again). However, I’m afraid that, as of this moment,  I am about to employ a dire cliché (I blame it on the baby-brain). I am now going to write about a new story I have just had published as if it too is a baby.

A mewling insignificant little thing it is. A mere squib of a short story. A little fantasy with comic pretensions. Hardly out of nappies and already with aspirations to be a grown-up moral fable. Of sorts.

But it is mine. And, as you might with all babies, you feel proud of it simply because it’s yours. But you do worry for it.

It’s a little supernatural tale called The Hierarchy of the Dead and is one of many other stories (by many other authors as well as me) in an anthology called Tales from the Grave.

I’m sure my reader will be pleased to be informed (you know who you are) that it’s out now, published by Zimbell House Publishing and available in paper back and e-book.

I didn’t actually write it for this particular anthology. It’s a story I have had tucked away for a while and have been struggling to find a midwife for. (Sorry.)

For a number of years now I have been amusing myself writing a whole series of, what might be called. dark stories for, hopefully, a collection of stories I am on with to be called Nineteen Nervous Breakdowns. These are to be stories dealing with extreme mental states of one kind or another. I have about nine or ten at the moment.

I do occasionally write things with a particular magazine or book in mind but I’m also usually disappointed when the story is rejected. A hard knock for any parent.

I have been lucky with a few of my Inspector Bucket stories, it’s true, writing two of them specifically for themed editions of the What the Dickens? magazine (March Hare, issue 3 and Olympia, issue 4) and one other for Arachne Press’s Stations anthology – again, specifically tailored. And there are one or two of my other stories lying around out there all neglected too, should you be interested (The Carebot in the Mirador Fantasgamoria and The World is not Good Enough in The Busker.

But after rejections of stories that  to me seemed much healthier babies than this one, stories that I thought would be able to walk and run all by themselves, it’s a mystery to me why this particular story caught the midwife’s eye. But what does any parent know?

This one was inspired by a phrase I heard on the radio about the hierarchy of the dead, as in the title of my story. Someone was making a jokey comment about how amongst the dead in a graveyard you probably might gain kudos depending on how many visits you get. An absurd notion of course. But, nonetheless, I picked it up and ran with it,  and this conceit, of the dead arguing about who gets visited most and thus who is the top dead body, is the simple gist of my tale, though, as I say, I try to tun it into a little bit of a moral fable.

The phrase, the hierarchy of the dead, of course, has an altogether more serious and sombre meaning, related to how the media, the military and those in power, rate the importance or otherwise of people who die in accidents, in terrorist outrage or in war. Own Jones had an interesting article about such things here.

But, as I say, my story is just a baby thing.