Well, I’m in Florida (very nice, thank you, since you asked) and this is the hotel (The Don Cesar) where Scott Fitzgerald stayed during the late twenties and early thirties. (I didn’t stay there at any time). Zelda Fitzgerald had one of her many breakdowns here too. Al Capone used it as one of his regular get aways.

But Charles Dickens (who I’m currently obsessed with) didn’t get quite this far. He did famously visit America, of course, (and didn’t like it much) travelling as far south as Louisville, Kentucky, but he didn’t get as far as St. Pete beach in Florida where I am lucky enough to be right now – though he was only 908 miles away. (That’s only a few miles further than from Lands End to John O’ Groats, actually, so what was wrong with him?)

Apparently he didn’t like the way the Americans always seemed to be spitting (I haven’t noticed that yet) but he was more annoyed by the way they were producing pirated copies of his books and paying him no royalties! He was extremely popular with them (at least until they read his ‘American Notes’) and he (also at first) loved all the attention they gave him (as if he didn’t get enough at home), boasting about himself that:

“.. there never was a king or Emperor upon the Earth, so cheered, and followed by admiring crowds.”

Apparently, when he died, just three years after his second reading tour to the United States (Dickens and America had forgiven each other for their fall out by then), we blamed the Americans for making him work too hard and hastening his demise.

The American public still love him now of course (quite rightly) though it may have something more to do with what Dickens represents – old-worlde England and ‘Christmas Pasts’ – rather than simply a love of his works.

Here for example is an advert for “Celebrate Florida” I found on the web: 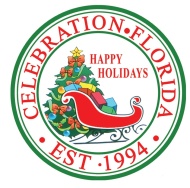 They don’t get much snow in Florida, apparently.

I particularly like this advert for a production of ‘A Christmas Carol’ which nicely fuses Dickens with “Florida’s Space Coast”: 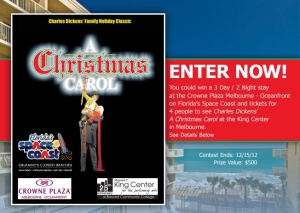 Then there’s this Christmas advert for Westfield Malls (a shopping centre in Sarasota – a city I skirted on my way to Siesta Key Beach for more non-snow.)

“Black Friday at Westfield Malls – Shop First! Remember that guy Oliver, from the Charles Dickens story? He asked for more, and Westfield shoppers are also clamoring for more. But they’re not looking for food… this holiday season they’re looking for more time to shop!”

But I’m being unfair. I also found a reference to this extraordinary event:

“Beginning at 10 a.m. Tuesday, Florida State will kick off its second annual Read-A-Thon, featuring “Bleak House” as this year’s book of choice. President Eric J. Barron, as well as a roster of enthusiastic students — including members of Florida State men’s basketball team, and the women’s volleyball and soccer teams — will take turns reading aloud from the novel. So will readers from the FSU School of Theatre.”

In my novel I do have Bucket nipping across the channel to have a word with Eugène François Vidocq, the real French criminologist, but the answer to my question about whether Field crossed the Atlantic is, of course, no.

But in a (very) obscure sort of way, Inspector Bucket did meet a fellow detective in the United States, the fictional detective Auguste Dupin, the  enigmatic private investigator in Edgar Allan Poe’s ‘The Murders in the Rue Morgue’. 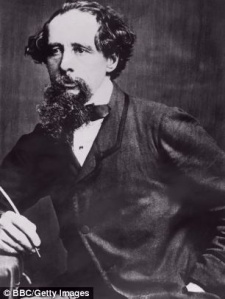 Dickens met Poe on two occasions in fact, both times in Philadelphia, and it’s likely that Dickens might have read ‘Murders’. (Poe was supporting Dickens’ anti-piracy campaign and was trying to persuade the great man to help him get his newly written mystery stories published in England.) Poe was, anyway, interested in Dickens’ pet raven, Grip. Dickens hadn’t brought his raven to America, of course, but he had included him as a minor character  in ‘Barnaby Rudge’, which Poe had reviewed and wherein he wondered why Dickens hadn’t made more use of the bird. Poe himself made up for the deficit, famously, in his ‘Raven’ with its “nevermore” refrain. 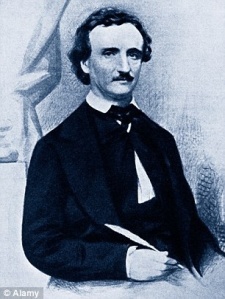 been equally as inspiring for Dickens as Grip was for Poe when Dickens wrote ‘Bleak House’.

But, anyway, between the two of them they managed to establish the detective genre for evermore.

And, by the way, there was a thunderstorm in St Petersburg, Florida, last night.

The rain was warm.